What is a Hybrid AGM? 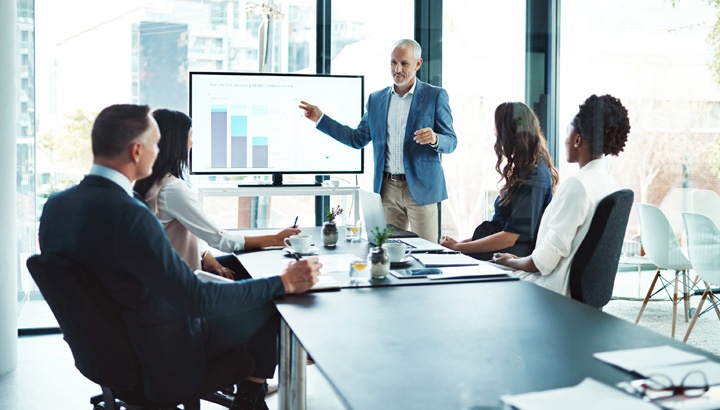 AGM or Annual General Meetings have traditionally always been hosted in a physical location, to allow shareholders to directly engage with the Board, and ultimately hold them to account.

However, with the increasingly global diversity of the shareholder base, legislation is slowly changing around the world, to allow for the possibility of remote attendees at an AGM, thereby creating a virtual element. This mix of in-room attendees and virtual attendees, are what constitutes a hybrid meeting.

Member based organizations, partnerships and charities are not restricted by existing legislation. At Lumi, we are working with a wide range of sectors and organizations that are already allowing for virtual attendees.

In the first of a series of blogs around hybrid AGM, we explain a little bit more about what a hybrid AGM actually is.

Hybrid AGM - As touched upon already, this is a crossover between a physical and virtual AGM, which allows stakeholders, members or attendees to opt between attending at the meeting’s physical location, or being involved online from the comfort of their own home, smartphone, tablet or office. This removes the need for everyone to be in one location, and opens up the possibility of higher attendance and engagement.

Virtual AGM - This type of AGM is already well adopted in the United States in particular, as well as across many other countries and provinces. All the attendees of an AGM attend via an online platform allowing them to ask questions, vote and participate electronically in real time, as they would do at a physical meeting.

Why is Hybrid AGM becoming so Popular?

Hybrid AGM has flourished because they aren’t a dramatic change for most parties, but allow everyone to attend if they wish to, serving as a reinvigorated version of a traditional AGM offering the best of both worlds.

There are a number of factors that are affecting the rise of both hybrid and virtual AGM, although they differ from country to country. Here’s a couple of the major overarching factors for the rise in popularity:

Technology - The majority of industries have seen dramatic changes to how they operate via technological advances or methods. In fact, the first virtual AGM was held in 2001 in the United States (Computershare, 2018), but hosting, or partly hosting AGM online has only come into the mainstream in the last 5 years or so.

Inclusivity - Making your AGM available to everyone who wants to attend without the constraints of travel or cost, and helps boost the customer centricity of your organization.

If you don’t have time to read the whole blog or simply want to find out more about the frequently asked questions regarding hybrid AGM then download our free resource:

What is a virtual shareholder meeting?

What influences your organization’s decisions when purchasing voting technology?