Future of AGM: the Corporate Governance case for frowning upon a physical-only AGM 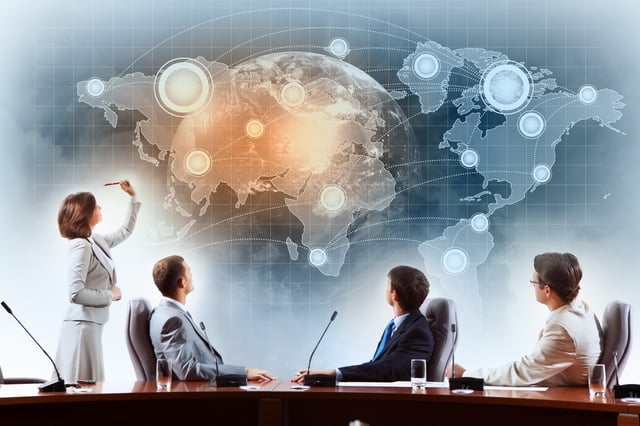 There is currently much debate about the future of AGMs. The traditional format has its roots in nineteenth century company law and in the eyes of many has, perhaps, had its day.  All listed companies must have an Annual Shareholder Meeting.  Some of them, such as Marks and Spencer in the UK or Total in France are major events with very high production value, and can have thousands of attendees.  In most cases however most of the votes have already been cast by proxy, the meeting itself becomes the moment to reconcile all the votes and to allow retail shareholders predominantly to put questions to the board.  However, there are other meetings which have very low levels of attendance. Particularly in the US, this has helped drive the emergence of the fully virtual shareholder meeting.  Attractive to companies because of the obvious associated cost-savings and greater reach.  However there has been some criticism from institutional investors as well as some retail shareholders.  Indeed, as reported recently in the FT, an Order of Catholic Nuns has entered the debate calling for businesses to reintroduce face-to-face meetings.

At Lumi, we remain agnostic on the issue as we provide the technology for every type of shareholder meeting all around the world, from the very small to the very largest, from the physical only, to the virtual only and to the hybrid which facilitates in-the-room as well as remote attendance and participation.

What is interesting is that the debate has largely focussed on the possible negatives of a virtual-only meeting restricting shareholders’ access and ability to hold a company to account.  However perhaps we could turn this argument on its head.

Today the vast majority of annual general meetings of shareholders still take place in a physical-only environment. However, given the geographic and demographic spread of most companies’ shareholder bases, surely this is very restrictive and makes attendance very difficult for most shareholders? Indeed, the only reason the notion of the proxy exists is because the actual meeting itself is hard to get to, but the term itself implies second best.  Today we have the technology to make it very easy to facilitate remote attendance and it has been evolved over many years.  It is built as part of the systems which operate in the room to register shareholders and to facilitate Q&A and polling.  The ability to “turn on” mobile and web access on top of the physical meeting to make it hybrid is far simpler than many might imagine and in fact it is increasingly happening in many markets around the world.

Surely if it’s this easy for companies to make their meetings hybrid and therefore more easily accessible to all of their shareholders, institutional and retail alike, then why wouldn’t you?

It will be interesting to see when the debate about whether AGMs should go virtual or not, turns into a discussion about corporate governance best practice regarding the limitations of the physical-only shareholder meeting.  Surely if a virtual-only meeting is frowned upon, then it is just as hard to continue to justify the case for in-room only.

Find out how Lumi can help you transform your AGM.

Integrating the voice of your membership into the meeting

Discover how a virtual mic could transform your meeting

What makes an AGM technology provider worth the investment?